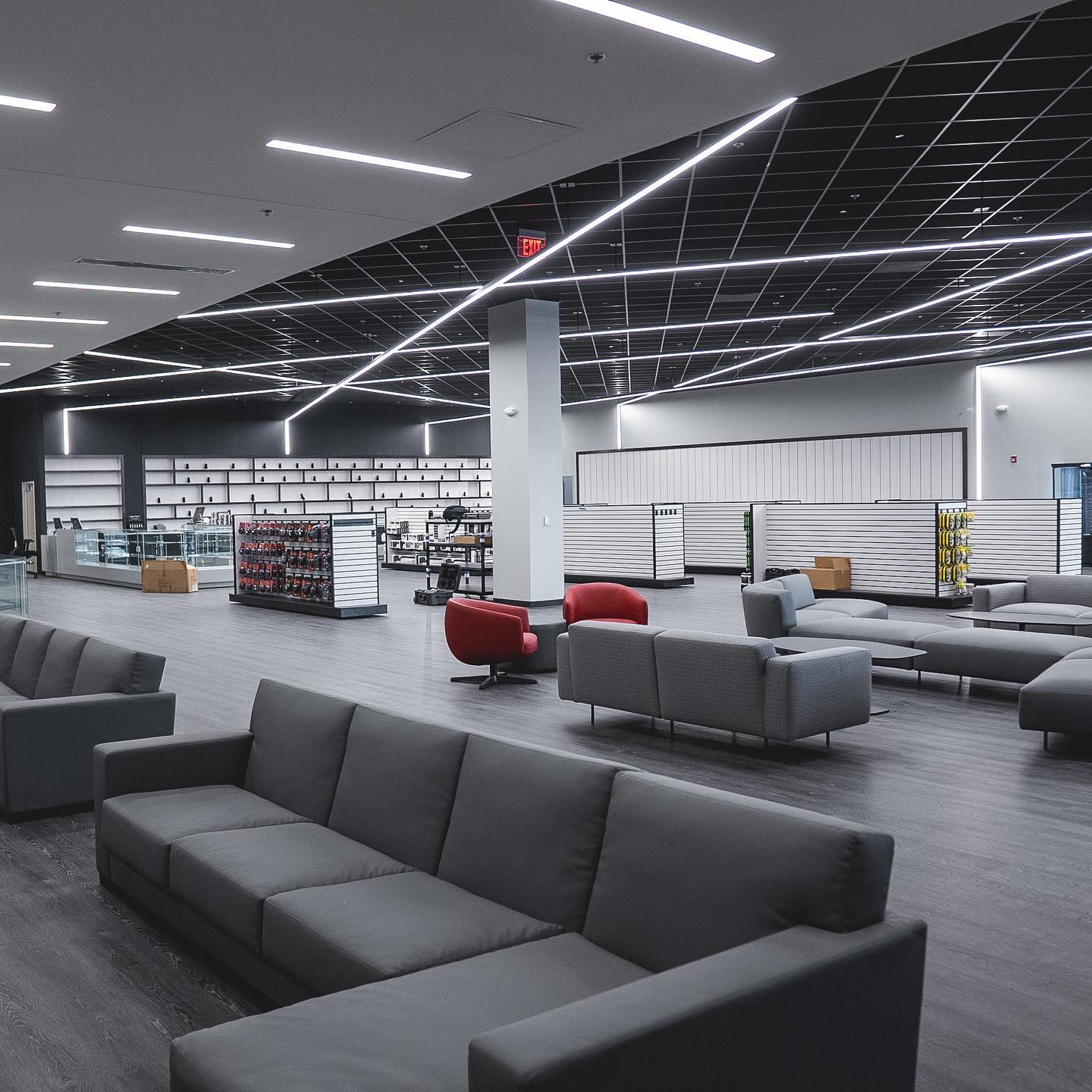 the enormous XCAL Shooting Sports and fitness facility in Ashburn has announced its opening date. The fitness center and shooting range combo will open on May 7.

The XCAL team made the announcement today on social media.

There’s also a private club for high-level members, meeting rooms and event space, and a cafe. You can check out our previous report on XCAL, including more details on the amenities here.

XCAL is located at the Commonwealth Center. It is the Russell Branch Parkway development which includes Topgolf and the iFLY indoor skydiving center. Indeed, one of the patios on the second floor of XCAL overlooks the Topgolf driving range (see photos).

The facility has been in the works for years – since at least 2017 or earlier. Originally it was going to be called the Caliber Club, but that name changed in later years.

Construction began in earnest in 2020, but with the pandemic downturn and supply chain issues, it took nearly two years to get to that point. Now, opening day is less than three weeks away.